First of a series of articles about my careful attempt to recreate a generic framework of Helleno-Kemetic magic. For an introduction and overview check out this article

These you are going to make completely [near] the lamp, robed and refraining from all unclean things and from all eating of fish and from all sexual intercourse, so that you may bring the god into the greatest desire toward you. (PGM I. 289-292)

It's Mages who do the "Science and Art of influencing change to occur in conformity with Will" [1] as opposed to everyday people, right? The first step out of the profane starts with purification. This achievement obviously has different qualitative levels that one can unlock and they involve:

The rule of thumb is: The more you can add the better. My absolute minimum of purification is doing a ritualized quick wash and using anointing oil.

This is required to set yourself apart from the other humans in order for yourself to feel sufficiently "privileged" to do the sorcerous work and for daimōnes to pay attention to you. If your operation involves an attempt to make a daimōn manifest physically, according to magically operand scholars who have successfully achieved this type of work this is even more important than for other operations.

But let's be realistic: life always gets in the way! Not only for us but probably also for Mediterranean mages living the exciting urban life in the hip metropolises. So when celibacy is a challenge or showers are not always spontaneously available it's best to have methods handy that do work even in acute needs of magic: spells!

Purification does not primarily involve the physical body, but more importantly the soul. Traditions of outer and inner purification were present in Kemetic, Hellenic, and Jewish cultures.

Although he lived much later than the era of magic discussed here, I want to quote the medieval Moroccan kabbalist Avraham ben Eli'ezer Ha-Levi, because he described beautifully what I am talking about in a work called "Maʾamar Ha-Yihud":

If a person merits aligning all his limbs with the supernal world and purifying and sanctifying them, and making every joint of his limbs a chair and dwelling place for the joints of the supreme Chariot, he will draw the light from the joints of the supernal Chariot to the lower Chariot and the human body will be a holy Temple [...] the person becomes sapphiric as his organs, internal, and external, are a chair and dwelling place for the supernal entities ... and then the influx and lights will descend and he will move in them ... such a person is called a holy man of God. [2]

Imagine your goal to "become sapphiric" and you will intuitively know what to do. When I do magical operations I usually follow my intuition about what level of katharsis to aim for in relation to the operation and its goal. So let's get to praxis: 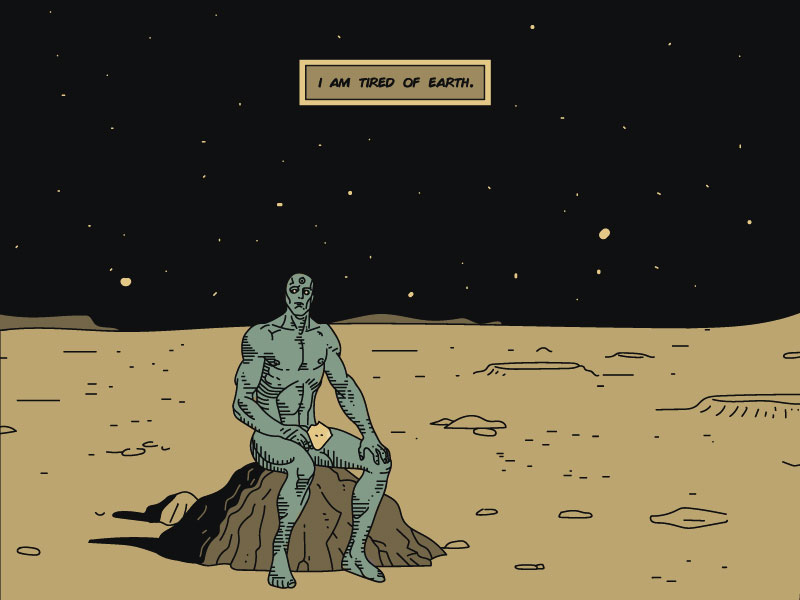 Apotheosis of the Elemental Body

A famous and widely discussed text from the Great Magical Papyrus of Paris is PGM IV.475-834, mostly known under the misnomer "Mithras Liturgy". Academy has interpreted it as an initiatory ritual to gain "immortality", the permanent transformation of the status of the ritualist, whether into the formal status of a priest or as an initiate of some kind of mystery cult. Yet the text specifically mentions "immortalization" procedures that last only a day and that can be undertaken up to three times a year. Doesn't sound like a permanent initiation, does it? Thankfully, a scholar named Radcliffe G. Edmonds III came to the same conclusion and debunked the common misconception of this ritual [2]. He writes:

This text is better understood, not as an initiation ritual that brings the performer to a new status, but rather as a ritual that temporarily purifies him for a brief meeting with a god. [...] Such rituals of purification or sanctification are common in the religions of the Graeco-Roman world, and they range in complexity from simple lustrations to elaborate practices of abstinence and purification. The greater the sanctity and the more significant the contact between mortal worshipper and the divine, the more complex the ritual must be, but scholars have often failed to see some of these most elaborate rituals of sanctification as part of the same spectrum of purification rituals, classifying them instead with initiation rituals. [3]

The ritual is quite lengthy and for most magical purposes we don't really need to shake hands with Mithras-Helios and gain immortality. It is sufficient enough to purify our meatsuit by means of invocation in a way the Neteru and daimōnes we want to interact with won't be too appalled by our appearance. Alchemically our body is made up of the four elements fire, air, water, and earth. How these elements and our physical body are interconnected with our soul is beautifully explained in a conversation between Horus and his mother Isis in one of the Hermetic Stobaeus fragments:

"What is our body's composition, mother?" Horus asked. Isis: "It is the assembly and blend of the four elements. From this blend and assembly, a vapor is exuded. This vapor wraps itself round the soul and runs through the body. To both – I mean body and soul – it bestows its own quality. In this way, arise the different variations that occur in souls and bodies. [4]

For the purpose of purifying our body on an alchemical level, the first part of the Mithras Liturgy suffices:

There are various translations of the "Mithras Liturgy" out there. I prefer the version by the controversial "UR Group" around Julius Evola, because it puts an emphasis on practical application rather than precise translation:

First origin of my origin, AEĒIOYO; Beginning of my beginning, PPP OOO PhR; Spirit of the spirit, of the first breath in me, M M M;

First earthly essence of the earthly essence in me, YĒYŌĒ; Perfect Body of me—born of N. (name) of N. (mother)—that the honored Arm and incorruptible Right Hand have formed in the dark and transparent world, inanimate body that was animated, YĒI AYI EYŌIE!

If you deem it right, though I am still held back by my inferior nature, allow me to attain the Immortal Birth, so that, having overcome the incessant need that holds me in its terrible grip, I may contemplate the immortal Principle

through the immortal Breath ANChREPhrēNESYPhIRINCh, through immortal Water ERONOYIPARAKOYNETh, through the Earth and the Air EIOAĒPSENABŌTh;

so that I may be reborn to the intelligence KRAOCHAXRO; so that I may give to myself a new beginning and breathe in me the Holy Breath, NECHTHEN APO TOY NECHTHINARPIĒTH; so that I may contemplate the abyss of the East, the horrible Water, NYŌ THEGŌ ECHŌ OYOCHIECHŌA and the vivifying Ether spread all around me may hear me, ARNOMÈTHPH,

This is what I, N. (name), born of N. (mother), want according to the unshakable order of God, EYĒYIAEĒIAŌEIANIYAIIEŌ.

[S]ince it would not be possible for me, a mere mortal, to rise together with the golden effulgence of immortal splendor, I command to you ŌĒY AEŌ ĒYA EŌĒ YAE ŌIAE. Be still, O mortal nature destined to perish, and allow me to go beyond the inexorable, hard-pressing need. For I am the Son, I breathe MOYOPROCHŌ PRŌA, I am MOY PRŌPSYCHON PRŌE, I am! [5]

An additional method of purification that also exorcises spirits attached to your subtle body that restrain you and hold you back from your full potential (sounds almost like a Scientology ad, right?) is the good old "Stele of Jeu" aka. "The Headless Rite" and in particular the exorcism part that comes before the divine ascent. Here is a shortened version suited for our needs of purification:

I summon you, Headless One, who created earth and heaven, who created night and day, you who created light and darkness. You are OSOR-ONNŌPHRIS whom none has ever seen. You are IABAS! You are IAPŌS! You have distinguished the just and the unjust. You have made female and male. You have revealed seed and fruits. You have made men love each other and hate each other. I am Moses your prophet to whom you have transmitted your mysteries celebrated by Israel. You have revealed the moist and the dry and all nourishment. Hear me! 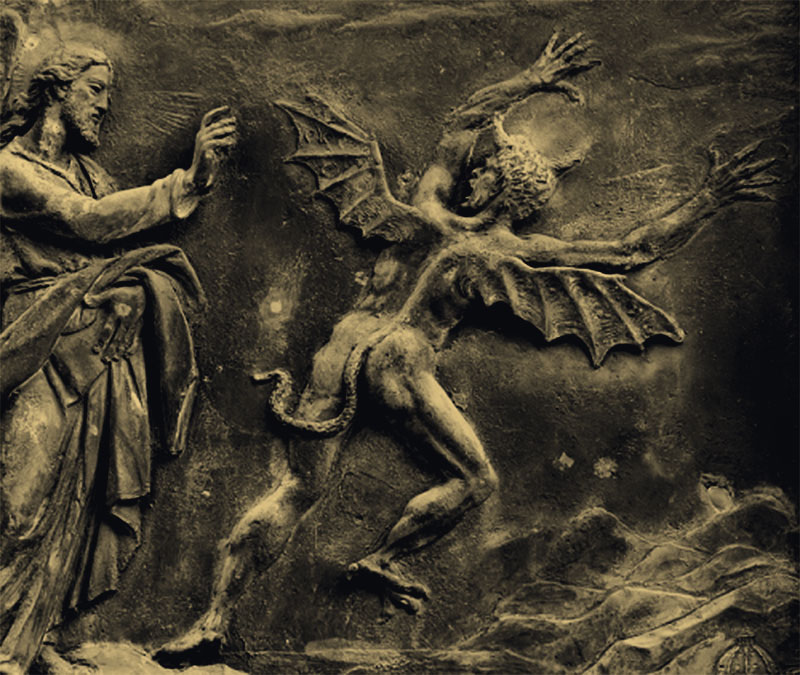 For more commentary and interpretation of this specific spell check out my other posts on the topic.

I will get into the topic of pronunciation and usage of the barbarous names and vowel sequences in a later post. Stay tuned.