My parents have been in love with the Canary Islands since they first visited together in 1977. My father had already explored its largest island, Tenerife in 1972. Back then it was just the beginning of tourism there and most of the infrastructure was in a quite desolate state after Franco's rule. It was a time where just a few people visited, also because of a political independence struggle involving terrorist attacks. In the early 1980s Spain eventually granted autonomy status to the archipelago and tourism started booming.

From 1977 until today my parents visit their favourite of the islands, Fuerteventura, at least once a year, so since I was born in 1980 until I was 16 I also naturally came with them. 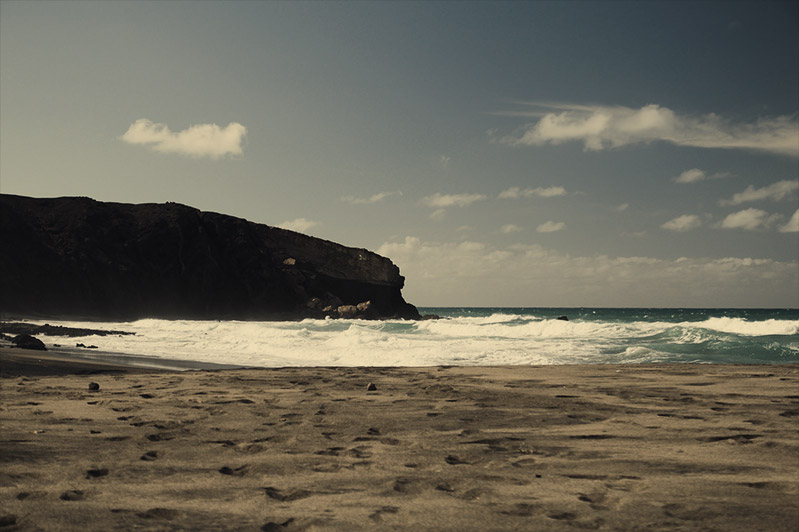 The white beaches contrasted with jagged black lava cliffs, the untamed Atlantic ocean, colourful but bleak basalt deserts and the neverending strong wind feel like a second home to me and this is such a strong feeling that I really start missing the place if I don't visit regularly myself.

After having started this journey of expanding my mindspace into the realms of spirituality and enchantment and thinking in a more and more animist way, exploring and conceptualizing spirits of place and their influence on and coexistence with us, I have instinctively also begun to wrap my head around the Canaries and the fixed place they inhabit in my heart.

So, this year our summer vacation destination was chosen to be Tenerife, the largest and most populated of the seven islands, as well as most diverse in its landscape, history and lore around its spirits and gods. This two weeks long holiday with my wife and my daughter was not only for exploration, recreation and relaxation, but also a kind of pilgrimage to the ocean bathed lava rock archipelago inside myself, to meet the archetypal mother goddess. 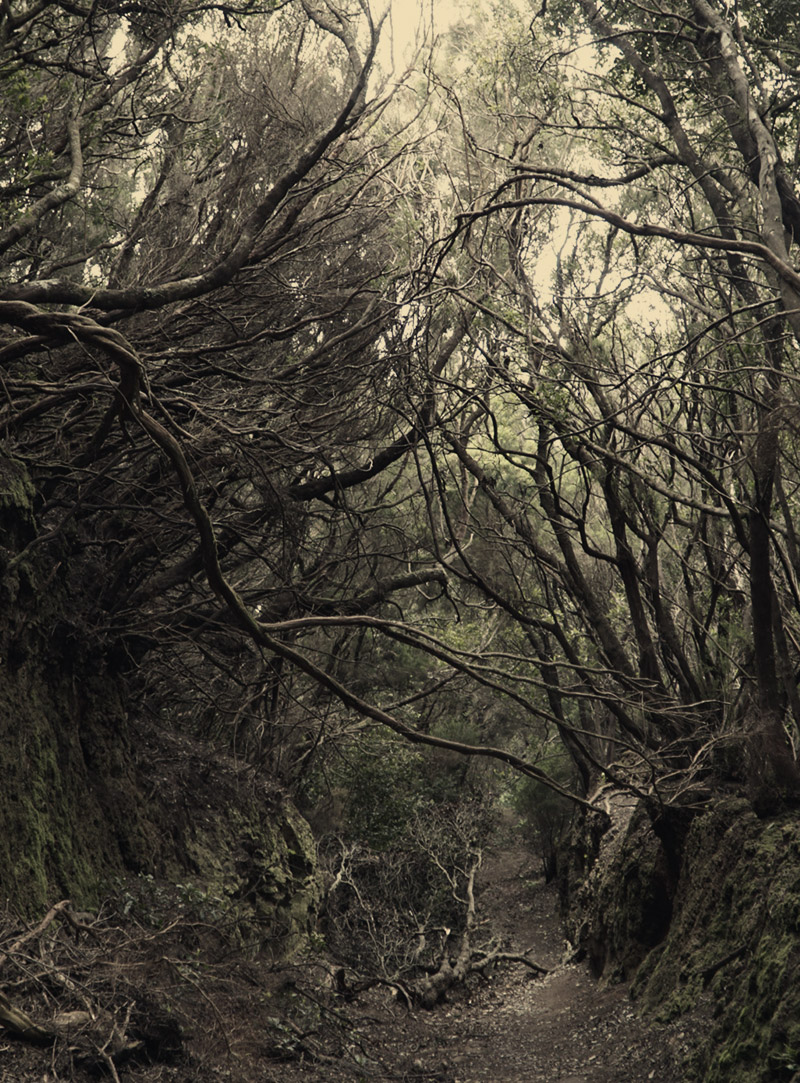 To fully understand what I mean by that and to get a glimpse of the magic that I experience wherever I am on the islands, let's go back in history and put some light on the world of the native human and nonhuman inhabitants of the archipelago before it became a Spanish colony...

According to the latest findings, the Canary Islands have been inhabited by humans dating back to the 6th century BC. The indigenous people is commonly called The Guanches, although strictly speaking this term just refers to the inhabitants of the island of Tenerife in their own language (Guan = people, Chinet = name of the Island of Tenerife).

Academia and the internet are full of wild speculations around the origin of this race, ranging from "Celtic seafarers", to "White Aryan survivors of Atlantis", but if we can trust materialist science for a moment, mitochondrial DNA analyses confirmed a North West African origin for their ancestors, related to the Amazigh, or their more known name: Berbers.

A more recent term used in Spanish for the natives of the Canary Islands and for their language is insulo-amazigh ("island Berbers").

Records by the first missionaries and later conquerors describe the aboriginal inhabitants to have been a simple and primitive race of sheep-herders who lived in caves and had no knowledge of seafaring. Of course seen through the Catholic Spanish imperialist eyes this description does not surprise. 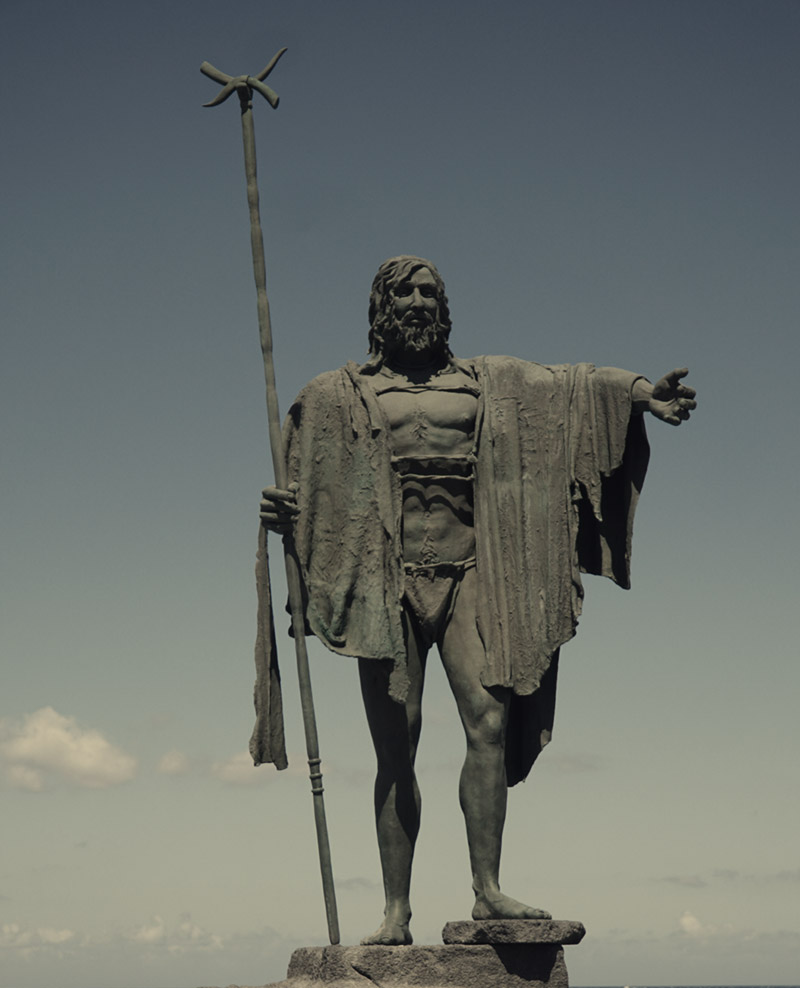 The Guanches had a political system of hereditary autocracy on some islands, on others it was elective. There seemed to have been almost an 'over-governance' considering the size of the islands and their populations (Star.Ships hypothesis, anyone? (2)). When the Castilians arrived in Tenerife for example, it was divided into nine small kingdoms (menceyatos), each ruled by a king or Mencey.

I won't go into more details about the Guanche civilisation itself, since much can be found about them online, but instead cover their spirituality a bit:

Their Supreme Creator God was Achaman ("the skies"), and besides him they venerated the sun deity Magec or Mageb, possibly a goddess ("mother of brightness") and the moon god Achuguayo ("father of time"). The sun as a goddess and her consort moon as an old man ruling over time also seem to have been widespread among other neolithic Berber people around North Africa. In Guanche cosmology the world was held together by an Axis Mundi, some pillar-shaped rocks were venerated on all of the islands, but it mainly manifested as the 3718 meters high volcano mountain on Teneriffa, the Teide. According to their legends, Achaman's black adversary Guayota ("the destroyer") once captured and kidnapped Magec, locked her into the volcano and turned the world into darkness. The people then prayed to Achaman for help and he rescued Magec and in turn imprisoned Guayota in the volcano where he is ever since, continuing trying to influence the world commanding his evil spirits, who appear sometimes as black wooly dogs with red eyes, the Tibicenas. (1)

A belief the insulo-amazigh also shared with continental Kabyle berbers was that through a series of specific places: cracks in the ground, caves, certain trees, and so on, evil forces from the netherworld could manifest, which often had to be counteracted. In order to do so, magical objects were placed into or close to these gateways. Many of these talismanic items have been discovered everywhere in the islands, mostly ceramics of diverse morphology, objects for domestic use, often very small in size. In North Africa, women go to these places and hide talismans, draw sigils or utter invocations to neutralize the evil, or ask favors from the "geniuses" or spirits. It is assumed that the Guanches had similar rituals to counteract the Tibicena demons or request help of their benevolent counterparts, the Maxios, guardians and spirits of specific places, who often also became helpful domestic spirits. (1) 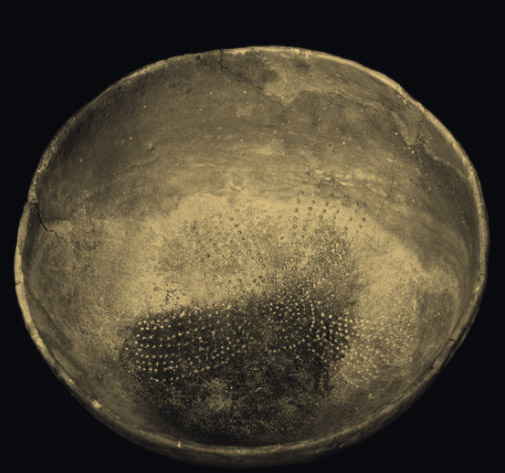 It is unclear what the Guanches belief of an afterlife was. Some of the missionaries reported Guanche myths that evildoers would be imprisoned in the Teide volcano. When members of the nobility or higher classes died they were mummified in a complicated process and believed to become gods. They were placed into sacred caves and communicated with by sleeping next to their bodies and have their spirits visit in dreams. (1) 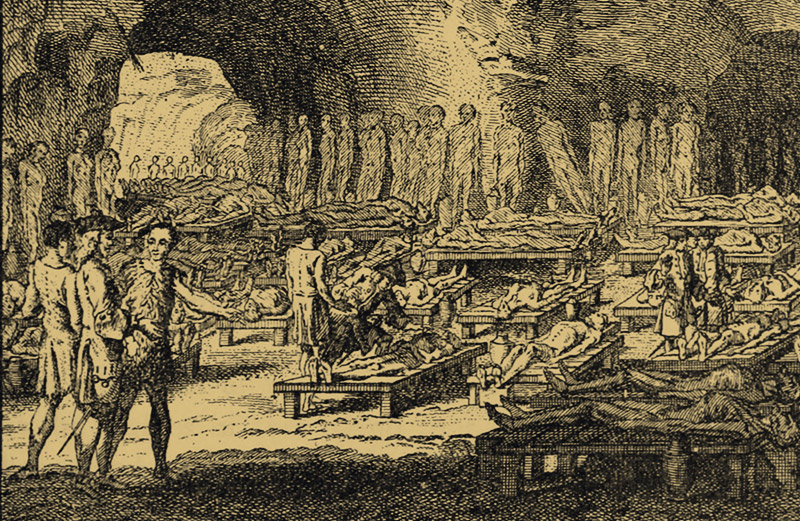 One of the many unsolved mysteries of the Canaries are the step-pyramids found in different places, most prominently in Güímar on Tenerife. The famous Danish anthropologist Thor Heyerdahl was so impressed by them that he spent the rest of his life on the island. He claims that they must be the missing link between the pyramids of Egypt and the ones in Middle and South America. Most of academia doesn't believe in his theory and claim that the pyramids on the Canaries are "simply rock piles". I think the truth probably lies somewhere closer to Heyerdahl's hypothesis, because they have precise east-west alignments and look a lot like ritual places, although they look way less symmetrical and are much smaller than the step-pyramids in the Americas.

The Guanches apparently could read and write. Many petroglyphs could be found on rocks across all islands, some using a variant of the very intriguing Tifinagh alphabet still used by Berbers today, but most of them using a system of rune-like letters probably distant relatives of the Phoenician alphabet. German researchers have collected petroglyphs from Mahorata (Fuerteventure and Lanzarote) of the so-called Sinicava type in the early 1990s and afro-philologist Gerhard Böhm (3) matched them with the existing Canarian phonemes and came up with a translation of the letters that can be written from left-to-right or right-to-left:

In total not much could be preserved and reported of the old insulo-amazigh culture and knowledge, because in cases where they did not Christianize and assimilate to the Spanish overlords, they got either killed or sold as slaves to more distant colonies. Nevertheless, until today many of their traditions seem to live on as hidden undercurrents and in between the lines of mainstream culture. A few years ago a neopagan recronstructivist Church of the Guanche People was founded as a cult of the ancient goddess Chaxiraxi.

The biggest spiritual impact on the Guanches happened a few decades before the Spanish arrived. If you like the idea of a "spirit on a mission" it also marked the survival of their own gods into syncretization with Christianity: The Blessed Virgin of Candelaria. You can read all about her history and how to connect with her in my next post:

In some of the aforementioned excavated ceramic bowls used for offerings and as protection against evil spirits some remains of ashes were found and analyzed (1). They resulted from burning a mixture of different endemic herbs found on the island. Here is the full list of the found herbs, in case you visit the place and want to recreate a magical Guanche incense yourself, like I did: 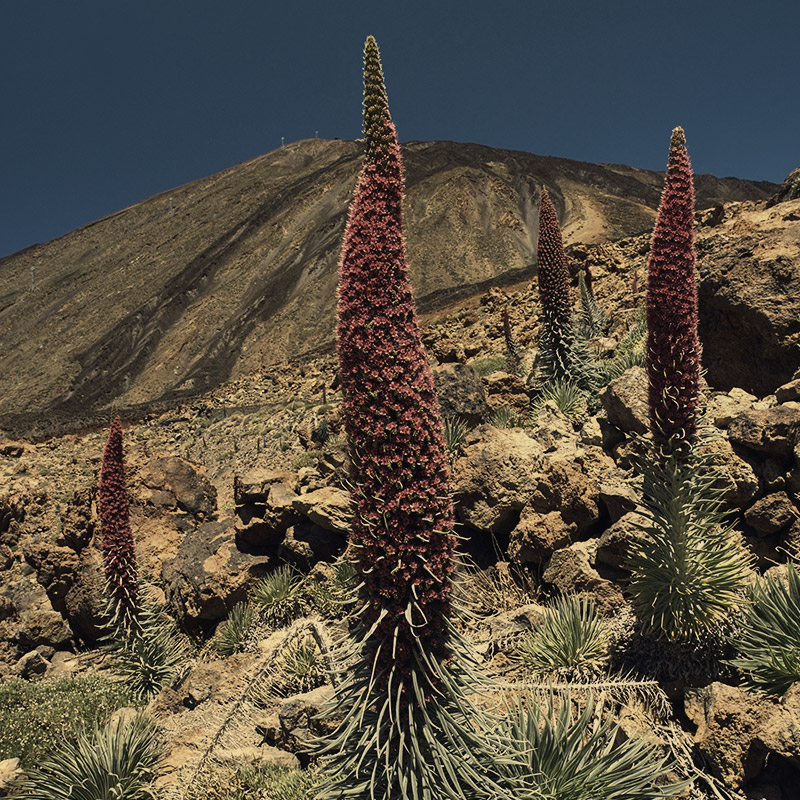 If that is too complicated to obtain, then you can also use the plant with the obvious local name Incienso (Artemisia thuscula), a Canarian variant of mugwort with a strong and distinct Anise smell that surrounds you everywhere you go on the island, at least at the end of May when I visited. It has been and is still used as a popular incense.