My extended family who lives scattered across Germany and partially in France had a holiday gathering in a small medieval town in the Provence last spring. We were 13 people who stayed in a large three floor holiday house with swimming pool and mountain view. We went for hikes and sightseeing trips and had amazing food.

But we had a small poltergeist problem. I was the only one who heard it and of course nobody really believed me. It usually happened in the middle of the night when everyone was asleep. The sound of small feet in sandals or loose leather shoes dragging along the floor and something else being dragged behind, maybe a rope or chain or something like that. I woke up and heard the footsteps right above my head. My wife, daughter and I were sleeping on the ground floor and the room above was part of the livingroom and part of the kitchen.

The first night I didn't think much of it because the house was full of people and someone probably got hungry in the middle of the night. The only weird thing was the dragging sound.

The next morning I asked everyone about it but nobody admitted the nocturnal trip to the kitchen.

The next nights I could hear it again, sometimes just a few steps, at other times it went on for a few minutes and one time I could even hear chairs being moved.

Again, nobody heard anything, nobody did anything. There was a theory that it might be the next door neighbor, but I didn't think so because the sounds clearly came from above.

Oh and we had those occasional power failures where a safety fuse snapped and needed to be switched on again. This happened everyday too. But it was an old house and we had electric heaters that might have pulled too much power. Who knows.

One night I had a vivid dream of which I unfortunately forgot almost everything except a bald demon with a heavily scarred face who gave me three words, spoken and written. With every word the scars on his lips morphed into the shape of the spoken word itself. The words were:

When I woke up I wrote them down immediately but as it is with rapidly fading dream memories sometimes, the words became blurry and I am not sure anymore if the second word was ANCHOR or ANKOR or ARCHON or ARKON.

I have been wondering about this message ever since and what it's supposed to mean.

GOD is quite clear. SOLEX is a famous French motorized bicycle company. Unlikely that it's important. It could also be made up from SOL the sun and LEX the law. Or EX as in "out of". Or backwards for XELOS (ZELOS?). The ARCHON ZELOS? But my brain tells me it was ANCHOR. It is yet to be decyphered. Any hints are highly appreciated. 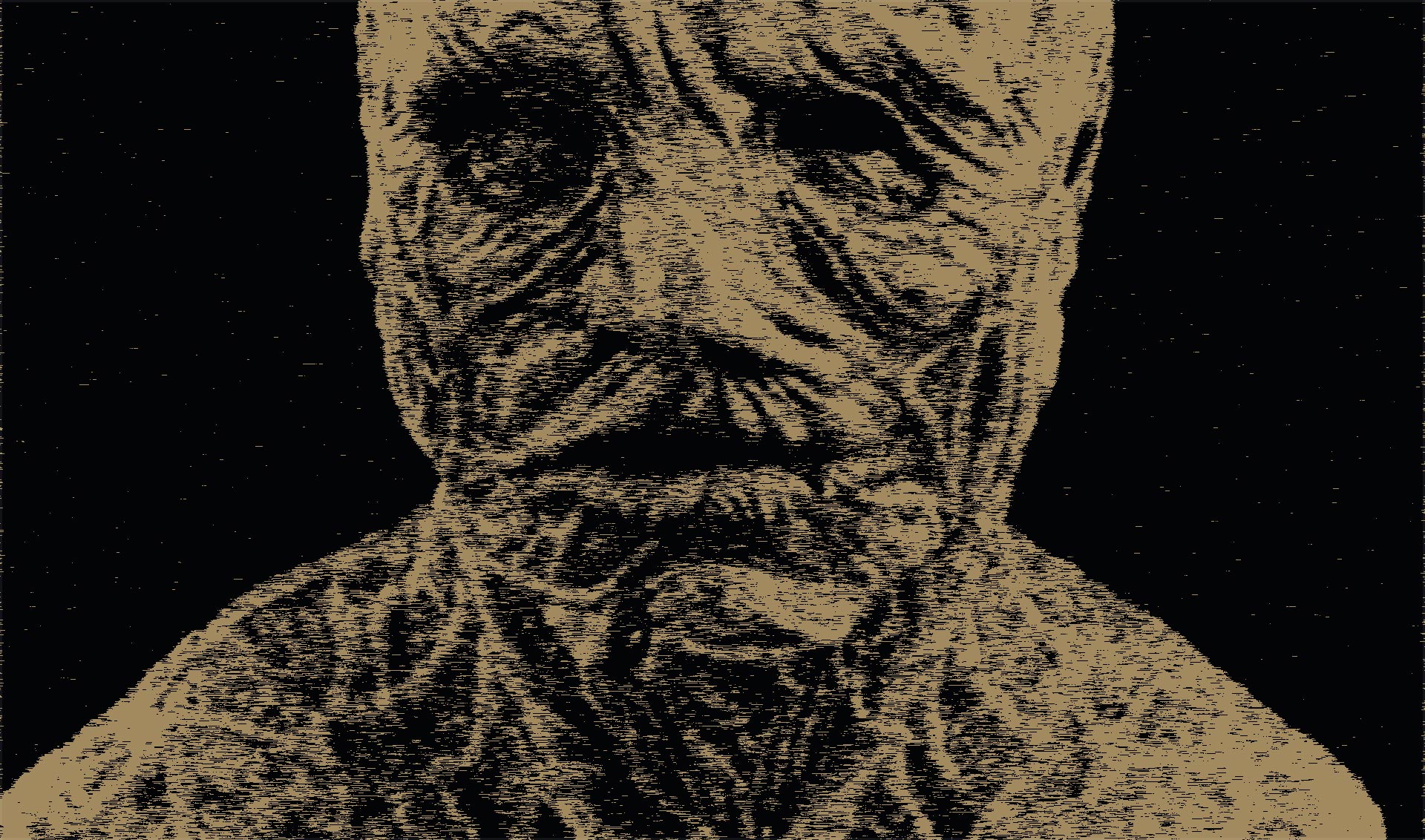 (the demon looked a bit similar to this face)

Another notable incident from this trip was a hike I did with my baby daughter. I had her strapped onto my chest and I had planned to do a 90min hike around the forest near the village. Unfortunately we got lost in the middle of the forest in an area that consisted of steep hills with canyons and caves made of soft red sand baked together. The ancient Romans had already dug up the sand in this area for producing ochre tints for coloring fabrics. The disorientation did not only add almost another hour to our hike but I also saw strange demonic carvings in some parts of the valleys and even a creepy fetish sculpture with a sheep's skull. 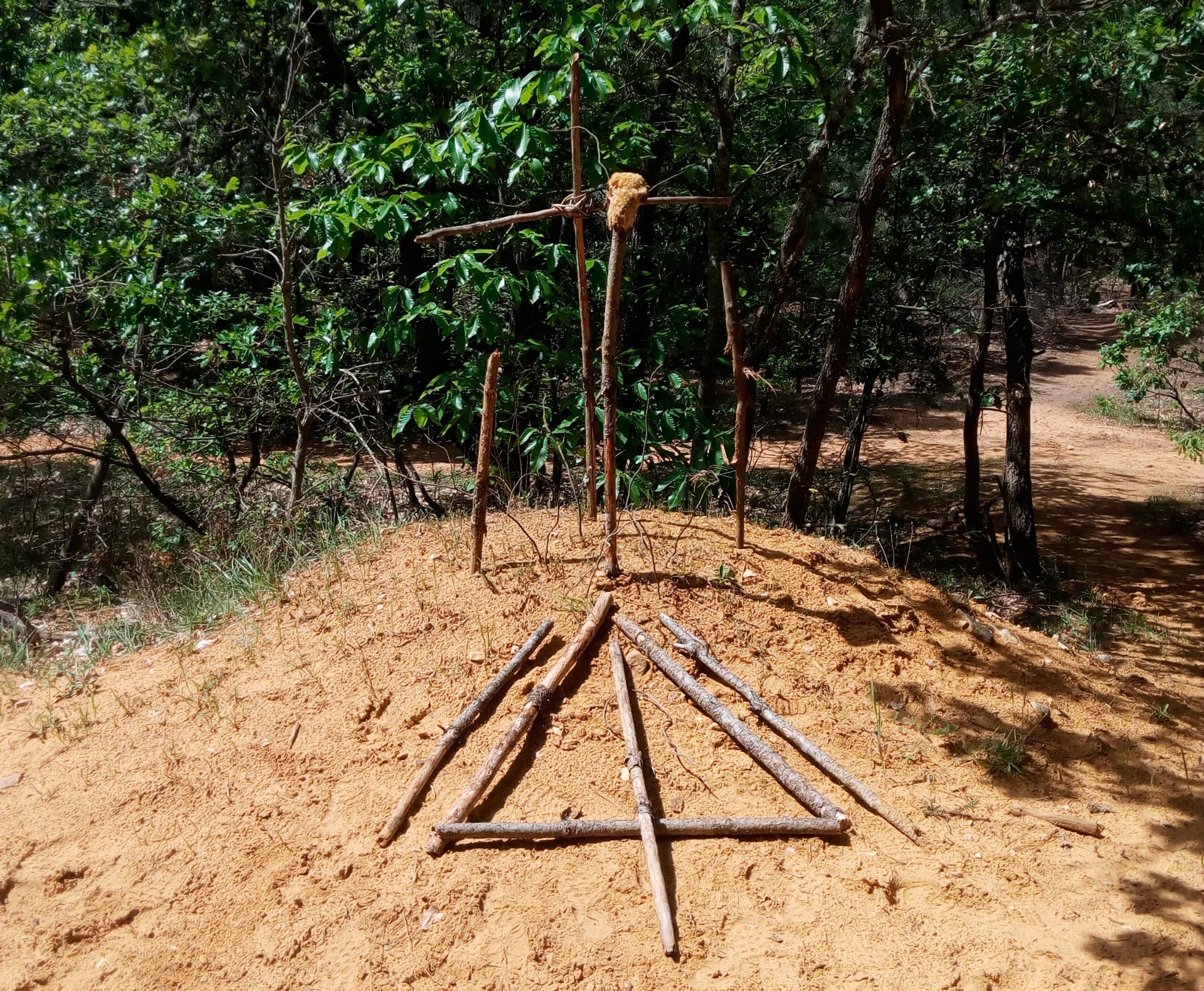 There was also supposed to be an ancient Roman altar somewhere around the village dedicated to Mercury. But I never found it. 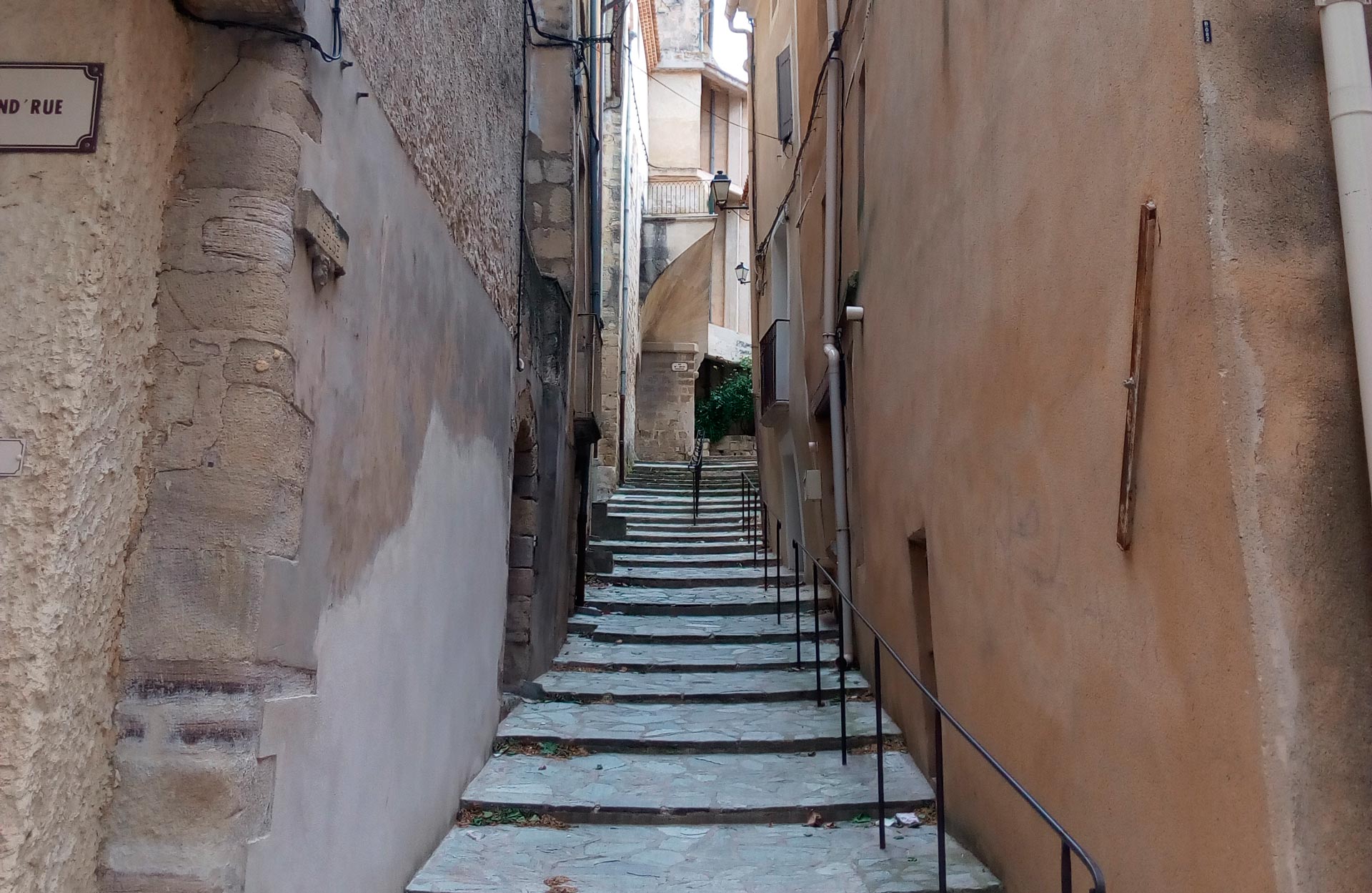